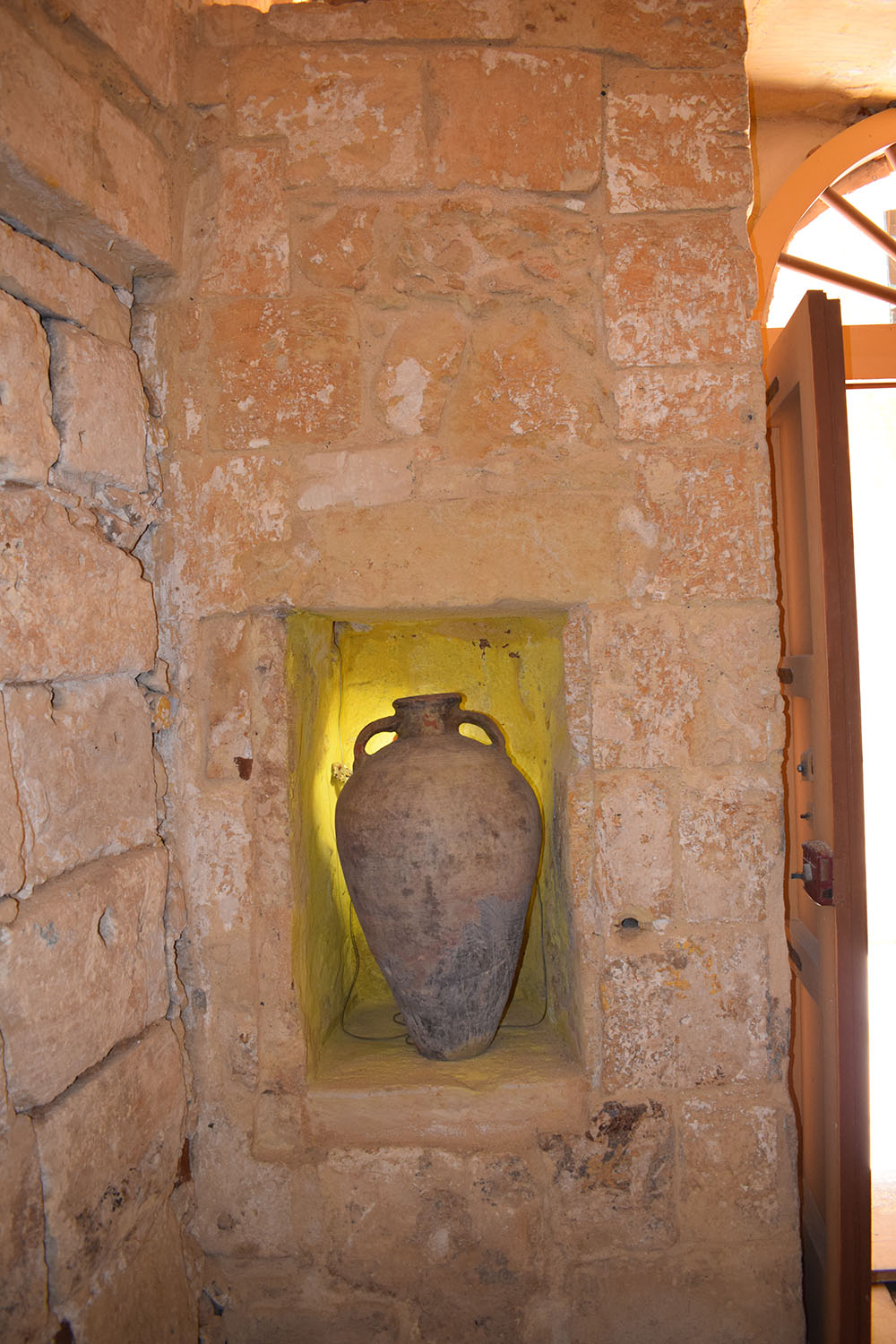 The term Siculo-Norman is derived from the fact that this form of architecture has been brought over from Sicily when Malta was under the rule of Sicily and the Normans. This style of architecture is evident in a number of buildings at the old cities of Mdina and Birgu. As the name implies the Sicolo Norman House in Birgu was built using this style.

The house is in Birgu in North Street (Triq it-Tramuntana). It is based on 3 floors: basement which is currently closed, the first floor which consists of an entrance room and a slightly larger room on the upper floor.

The house was abandoned and neglected for some 30 years before Charlie Bugeja took it under his ownership. It took Charlie five years to restore the house to its current state. Most of the renovation work was done by the owner himself.

As typically Siculo-Norman house, the building includes pointed hood moulds over its prominent double-light window. This unique window has Palm motifs and is one of the most richly ornate windows surviving in Malta. Apart from the first-floor window, the façade is also heavily moulded. One can notice the string course separating the first from the second floor. This house’s doorways have several similarities to the houses in Mdina, mainly due to the tapered stone used to construct the doorways.

When can you visit?

Visit? Yep, this house is open to the public. You can walk in have a look and continue the rest of your day. That’s exactly what we did to take the above pictures. Entrance is free, however, I’m sure the owner would appreciate any donation in order to continue restoring this rare gem. The premises are normally open every weekday with the exception of Tuesdays. While you’re there make sure to call out “Charlie” to meet the owner, he’ll be around 🙂 Follow them on Facebook by visiting: https://www.facebook.com/Sicolo-Norman-House-366677363420080

We hope this post intrigues you to visit this lovely house. We also would like to take this opportunity to congratulate and thank Charlie Bugeja for doing such a great job and restoring this heritage and opening the house to the public.

Presently the owner is busy restoring the next door building (No. 11). The plan is to restore the house to its original state thus integrate the two together. The Sicolo Norman house currently has a door blocked by stone which will be taken down to create a passage between the 2 buildings.