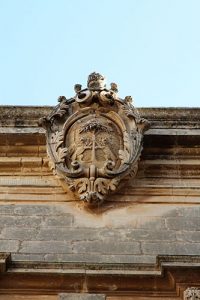 “Palazzo de Piro is a 17th Century Palazzo nestled in the bastion walls of the medieval city of Mdina, Malta’s Silent City.

What we know as Palazzo de Piro as an existing structure now, was originally three separate houses. The oldest parts date back to the second half of the 16th century. The emblem indicates that they were built by Malta’s most famous architect Girolamo Cassar, or his equally renowned son Vittorio.

Over the last two centuries, Palazzo de Piro has been extensively remodelled a number of times. The internal floor levels were changed and windows ordered blocked up by Alexander de Piro himself. The monumental stone and marble staircase were constructed in Victorian times. In the 1950’s, extensive structural changes were made to accommodate the school that was run by the Dorothean nuns after the house was sold on by Orsola’s heirs.”

Originally, part of the building was the residence of the Falca family (also known as Falco), a Noble family of a Catalonian origin. Several documents we researched indicated that the Falca family was already extinct by 1647. There is hardly any evidence and story behind this Noble family. The earliest Falca member we managed to find in Malta was Marciano Falca. The latter served as a Jury in 1429, 1433 and 1438. Also, another interesting fact is that Marciano Falca, together with another nobleman Francesco Gatto, donated 400 Uncie to help pay part of the debt the Maltese citizens owed Gonsalvo Monroy to buy back the Maltese islands.

By the 19th century the palazzo had come into the possession of Cavaliere Giovanni Parisio Muscati. Later on, Alexander De Piro D’Amico Inguanez and his new wife Orsola took up the residence soon after their marriage in 1868. Here they brought up a family of seven boys and two girls, one of which was the renowned Monsignor Giuseppe De Piro, founder of the ‘Missionary Society of St.Paul’.

Alexander extensively remodelled the Palazzo during the Victorian era. Internal floor levels were altered and windows were blocked up. A monumental stone and a marble staircase with dolphin figures were also constructed.

Orsola was an heiress with several properties including a palace and a small church in the heart of Florence. As a Maltese matriarch, she managed to keep up with both her family and considerable charity works. Orsola pursued her beneficiary work after the death of her devoted husband Alexander. 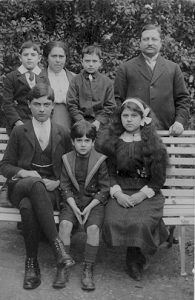 Alessandro and Ursola De Piro, together with their children. Most prominent Giuseppe De Piro seated in the middle.

After World War II, Palazzo De Piro, which then still known as ‘Casa Fortunata’ was sold on by Orsola’s heirs. The new owners, the Dorothean nuns, made extensive structural changes to convert the property into a school. 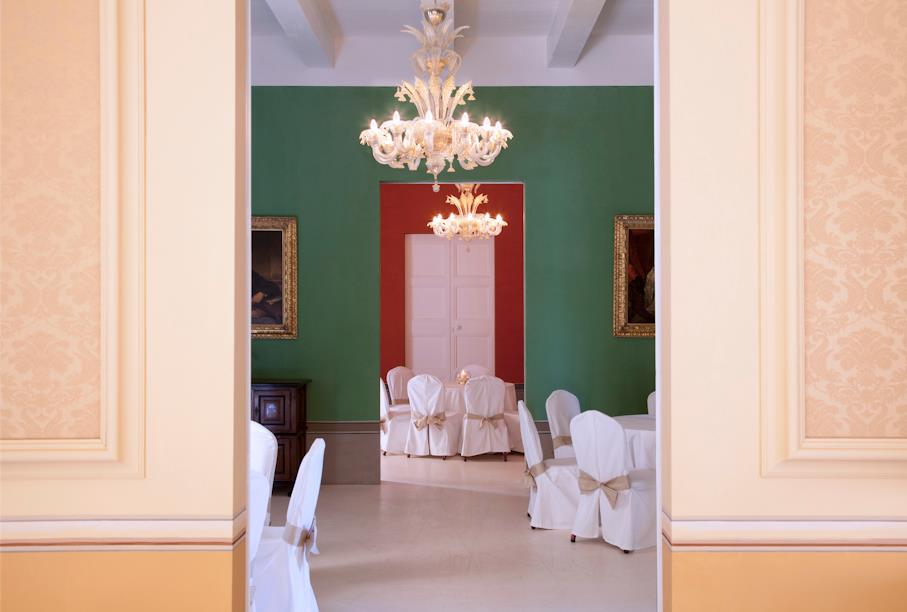 The Metropolitan Cathedral Chapter acquired the Palazzo, in 2005. They took the opportunity to substantially invest in restoring and renovating this historical gem to its former glory. Monsignor Victor Grech together with Architects Martin Xuereb & Associates were responsible in the magnificent transformation which took three years of hard work to bring the Palazzo back to life.

Today, Palazzo De Piro, operated by the Xara Palace Relais & Chateaux is a fully functional venue for private functions, conferences and banquets, and is also one of Malta’s premier hubs for artists and cultural events. 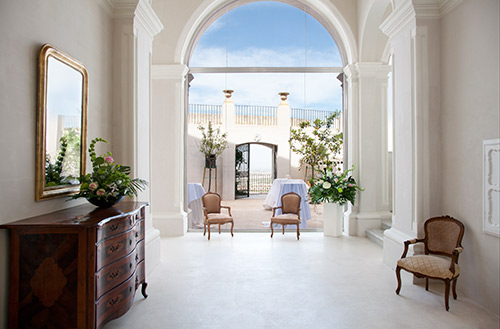