By Old Houses Malta | The Features 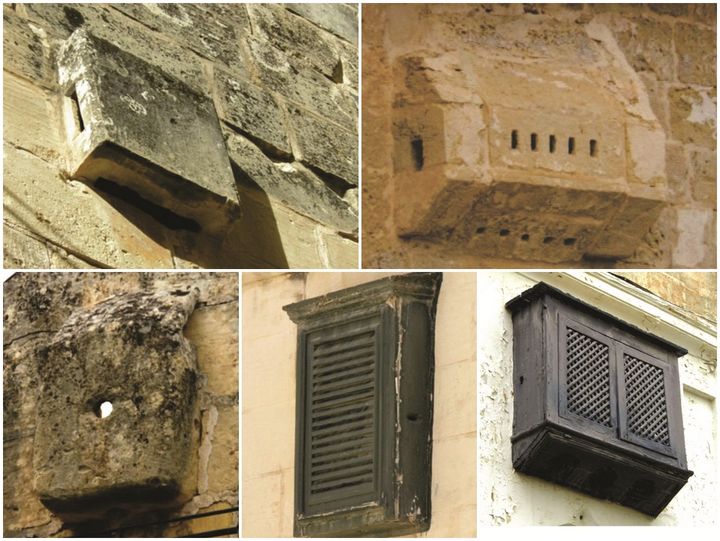 Muxra xiex? In reality they are not very common in Maltese houses anymore. However, it is said, that the Muxrabija is the great ancestor of the Maltese wooden balcony.

In Maltese architecture, the earliest version of the muxrabija, dates back to the late Middle Ages (1300-1400) and were probably introduced through cultural contacts the islands had with the Arab world.

The Muxrabija, or Muxrafija is a creation of the Islamic culture. Mushrabiya in Arabic means in literally a peep hole, looking from the inside outwards. The oldest mushrabiya dates back to the IX century and could have also been introduced on the islands indirectly by the Spanish or Sicilians.

In most common cases the Muxrabija was a wooden frame which screened the window space completely. This allowed the person on the inside to observe outside, and yet not being visible to the people on the street. At the time, the Islamic traditional society was completely dominated by men. Women were not allowed to socialize with the world outside. So, practically the muxrabija was a window to the outside world for women at the time. This kept them safe and shielded from prying eyes. They were also used as a cooling device for water storage and as a security measure to see who was at the door or on the approaching roads. 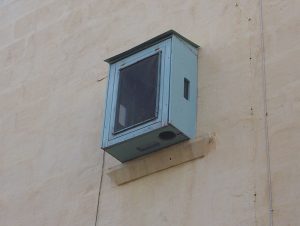 Older muxrabiji in Malta were made of stone, since at the time trees were scarcely found on the islands. These can be rarely found these days, in fact one can mostly find ‘muxrabiji’ made of wood. One of the strangest muxrabiji can be found in Tal-Karmnu Street, Victoria Gozo, in the’Mandragg’ area, the Arab quarters of Victoria. Another one can be found on the roof of 84, Santu Rokku Street, Birkirkara. The house where the well-known Censu Borg (Brared) used to reside during the French rule in Malta. This is a stone ‘muxrabija’ with a decorative style incorporated to it.

Some of the ‘Muxrabiji’ found around Malta and Gozo

The Muxrabija is also mentioned in one of Sir Temi Zammit’s stories ‘Lejla Bint Hassan’ from the collection of short stories ‘Nies bla sabar u stejjer ohra’.